Top Reasons to Use React Native for Mobile App Development

by dvd.frgson
in App Development
0

With 4G technology spreading globally and whispers of 5G brilliance everywhere, all users are facing a new technological revolution where you can access information in no time by just clicking a button. In this scenario, companies will aim to provide a seamless mobile app experience for users.

But before we start explaining the top 10 reasons to choose React Native for mobile app development, let’s have a brief overview of what React Native is.

Well, React Native is essentially an open-source cross-platform framework for mobile app development, which was launched by Facebook to create user friendly applications for iOS and Android smartphones.

Tech giants like Facebook, Instagram, Skype, Pinterest, and even one of the most innovative companies of our century, Tesla, have turned to React Native mobile app development to develop their apps for iOS and Android platforms.

Why Use React Native To Develop Mobile Apps?

Now, we continue with our list of top ten reasons to choose React Native development for mobile applications.

When you are running a small startup, money remains the most important and crucial factor that you are undoubtedly concerned with. Every new business wants to earn faster profits to survive the highly competitive market.

For this purpose, it has to develop longer and much faster. This is why a startup on their quest to build their mobile app should hire a React Native developer, which will save time and money for mobile app development.

2. One Solution For Multiple Outcomes

Based on notions and plans, React Native app development allows developers to perform various tasks that are quite complex while using simple code. Therefore, this framework uses the Facebook UI library to create much simpler code for React JS implementation and execution.

In essence, the React Native developers have the Live Reload feature. It allows them to easily operate on code changes in real time and make corrections while the entire application loads.

3. Easier Transformation From A Web Page To A Mobile Application

Due to the chunked module as well as the intuitive code overlays, React Native has a proper interface. It means that any mobile app developer can easily understand the complete sequence of codes that the app executes.

Therefore, there is no requirement to have a central developer team to continue accessing the app. During the change of personnel and the search for external limits, one can easily adapt to the entire development.

By following this way the developer can easily make the UI look like JavaScript, let alone a framework. Also, it is a pattern used to simplify the overall process and make the user interface work more smoothly to provide high-quality results and faster response. Developers can create a mobile application for a react native app development company without any complexity.

5. Allows Development Through The Primary Code Base

Basic level programming uses the same code for both iOS and Android. Essentially, it’s like deploying the same app on every mobile OS.

Also, recompiling the application becomes easy without any changes within the framework at whatever level the developer wants.

React Native allows companies to use the same code for iOS and Android app development. Therefore, it offers the same natural performance result without additional expenses.

Without wasting time, the react native app development company can design a mobile application for a business. However, a multi-language requirement like Swift, Java, C++, or any other language is not required.

The only need is to hire a good app developer who is well versed in native UI libraries, APIs, and hybrid mobile app development.

7. Runs Similar To A Native App

Mainly, the basic building blocks of a React Native app are compiled on its roots, which have native platforms. All components of the WebView system can be bypassed when using hybrid application development.

Also, all code is comparable to React Native for Android and iOS. Due to a handful of institutions, it works quite efficiently and reacts faster to all conjunctions.

Also, without using WebView, the developer can easily connect any module to a particular plugin through the native module. Therefore, this phase is tied directly to the application’s output features, allowing it to provide a faster response.

Also, the React Native platforms for Android and iOS use a much smaller amount of memory space since cross-linking isn’t even required, and almost all code is used at runtime.

9. He Has A Bright Future

Mobile app development services will be using React Native for years to come.

Due to the responsive manual and the timely varied framework, it makes it more difficult to resist any react native app development company.

The React Native framework is developed much further, which offers solutions to different problems. Developers around the globe don’t have to learn any new languages ​​or create complex code.

This framework has an interface with both Android and iOS, and also, a single code is enough to fix problems, and bugs and even develop it much more every day.

Even though the operations are not much complex, it has been on the market for quite some time. Essentially, React Native mobile app development gives developers a platform where they can control the entire memory space and also make the app more efficient. So with the same codes, developing on a mobile operating is an added feature.

If the website developer leaves the project, the React Native manual is helpful, making it easy for any new developer to understand the entire project.

React Native is sure to be here to stay for a long time, and with its varied applications, its chances of survival are further strengthened.  If you have any queries regarding React Native, please comment below, and we will get back to you. 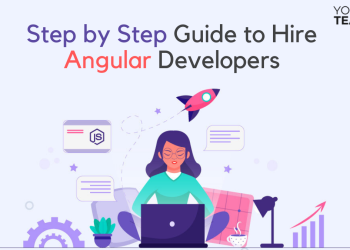 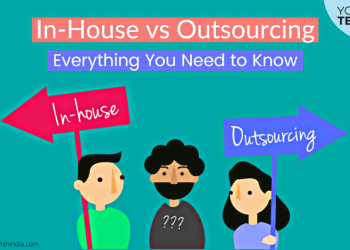 How Long Do You Wear a Nance Appliance?

Do you need logbook to scrap a car?

Make your recruitment process faster with an Applicant Tracking System

Age and Fertility – Know How Your Age Affects Fertility

A Guide to Online Masters Degrees: What is MCA Course

Custom soap boxes that are made in the USA