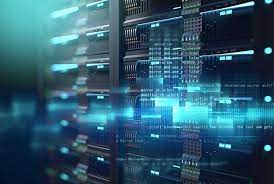 We frequently discuss how machines are increasingly being used in finance. This is especially true in High-Frequency Trading (HFT) and Algorithmic Trading (also known as algo-trading). Humans simply cannot compete at these levels, where a few milliseconds can mean the difference between making and losing money. These timescales are shorter than it takes to say a single word, so screaming brokers have no place here.

Screaming brokers don’t really have a place anymore, because computers not only dominate the super short trading scene, but they also appeared in the user trading scene a long time ago. No, we will not delve into history; instead, we will discuss the present and future of trading.

Traditional trading is the fundamental method of exchanging securities between two or more parties that relies on the law of supply and demand. The global economy has been severely and permanently impacted by the technological revolution.

The Indian stock market has also shared in some of this impact. The Indian Financial market has advanced significantly to the point that algorithmic trading now dominates the market. It is the process of running a predefined program or instruction on a computer or other system to place a transaction in order to generate profit from the market.

Algo trading and HFT generally go hand in hand. In its most basic form, algo trading refers to any type of trading that employs an algorithm. This includes long-term investments as well as day-to-day decisions. However, due to time constraints, HFT is always performed with algorithms.

HFT and AT appear to be prime candidates for AI and automation. Because humans cannot execute trades at such high speeds, it is already mostly automated. As a result, trading computers must already be largely autonomous. However, there are some firms that are completely automated, which is quite a feat: systems that make decisions based on news and data and have no human element.

How much movement in prices is possible in these brief intervals of time?

To be precise, fractions of cents (or pence, or whatever the base unit is in the traded currency). Because they simply need a few cents on each trade, high-frequency traders (HFTRs) frequently look for movements in the sequence of tenths of cents.

Algo trading can be defined as “computer trading.”

How do HFT and algorithmic trading affect retail investors?

One is humans’ inability to process information as quickly as computers, particularly single traders. This is true in every field where computers have taken over. In finance, this means that humans cannot enter a trade based on news or trends before a computer. This can include earnings announcements, natural disaster announcements, bankruptcies, or management changes. It also means that algo traders can enter trades based on long-term news before retail traders can.

This issue manifests itself in the front running. The most common example is traders purchasing shares of a company that will soon be included in an index. Index funds must follow the index, which means they must invest in the stocks that appear on it. However, the declaration usually comes before the actual addition, and HFTRs can spot it before anyone else. The price has already risen by the time the index fund can be updated. This implies efficient markets, but is it equitable? Because many non-engaged investors use index funds, this affects far more people than just those who actively invest.

Because speed is so important, many HFT firms will pay a premium to get data early. However, many retail investors cannot manage their own personal Bloomberg Terminal and thus are unable to access critical information. Long-term investors run the risk of missing out on the only gains that their stocks will experience for a while. As AI becomes more involved in finance, the speed and information gap are widening.

Even HFT companies compete with one another to create networks that enable quicker confirmation of quotes and orders. With trades being executed in milliseconds and data being processed in milliseconds, the slower the link to the central exchanges, the higher the risk of holding for a short period of time.

Because HFTRs are so quick to adapt, a few milliseconds can mean the difference between a buy and a sell decision. As a result, many HFTRs subscribe to “direct feeds,” or lines of communication established directly with the exchanges. Exchanges must provide data to both the “Securities Information Processor” (SIP), which is likely where you get your “real-time” quotes, and the DF subscribers at the same time. However, due to distance and bandwidth constraints, some DF subscribers may receive data sooner than others. As a result, the quote is delayed for retail investors. Furthermore, because the SIP will restamp the data, the slightly delayed information is undetectable.

While this has little impact on retail investors because it is primarily concerned with market noise and no long-term investor is likely to be concerned with fractions of second changes, it does demonstrate how important speed is to the HFTRs and algo traders. It did, however, become a problem during the Flash Crash.

In the not-too-distant future

As with many AI predictions, there is a real possibility of a bleak outcome for humans. As AI advances, it could eliminate the majority of traders and even financial service providers from the market. When computers can complete tasks more quickly, accurately, and affordably than brokers or advisors, neither is necessary.

Is high-frequency trading a threat to retail investors? Most likely not. It may actually benefit retail investors by increasing liquidity and decreasing spreads. However, it may become a bigger issue for retail traders because the home-based retail trader cannot compete on millisecond time scales.

Of course, front-running and quote-stuffing are problematic, but they are illegal due to unfair advantages given to the HFTRs. The philosophical question of whether you consider the immediate processing of large data sets to be front-running is left to you.

Overall, it appears that HFT and algo trading has little impact on retail investors. Both pose little risk to retail investors as long as markets follow fundamental analysis trends and a security’s price does not diverge from its long-term underlying value. Indeed, some retail investors may benefit from some algo trading because it can help them sort through the mountains of data available. Why not take advantage of all that data if you can? Everyone else is doing it.

Appreciate the Efforts with these Karwa Gifts of Your Partner 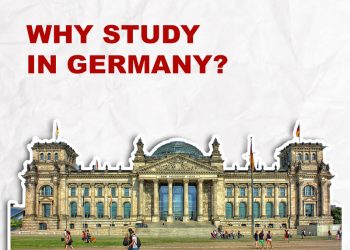 The Top Advantages Of Studying In Germany For Indians In 2022

Appreciate the Efforts with these Karwa Gifts of Your Partner

Top Benefits of Dealing With a Trusted Laravel Development Company

What is Custom Web Development and Why Do You Need It?

8 Fleet Productivity Hurdles And How Fleet Management Software Overcomes Them

LivePerson sets the record for collaboration with proposed directors

These are some Best thing to do in Australia

The Importance Of Underwater Insp

Tips of Drape the Trendy Custom Hoodies with Style